10 Ways to Enhance Your Brainstorming Sessions 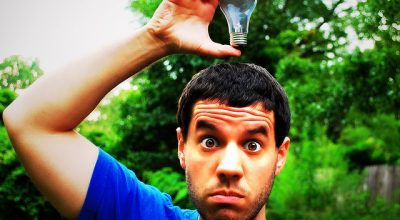 Generating good new ideas is crucial for a business. However, coming up with the right ideas can be exhausting, stressful, and very difficult. One way to come up with new ideas is to brainstorm.

Brainstorming is a group creativity technique which aims to generate a large number of ideas in order to solve a single problem. If done correctly brainstorming can be very useful. Below are the 10 best ways to brainstorm ideas at meetings and among staff in the office.

Setting up an environment where people won’t be ridiculed or criticized for their ideas is the most important part of a good brainstorming session. Without an ‘idea friendly’ environment, the staff will be afraid to voice all their ideas in fear that they may sound ridiculous to others. But one of those ridiculous ideas that don’t get voiced may be just the one to solve the problem! So it is very important for a successful brainstorming session to make sure that staff is comfortable voicing their ideas. Encourage risk taking, and acknowledge ahead of time that it’s okay some ideas will be overlooked.

2. Go for large quantities of ideas

The goal of brainstorming is to come up with as many ideas as possible. No idea is a bad idea while brainstorming. The staff shouldn’t get caught up too much in any single idea, but focus on continuously generating fresh new ideas. Which idea is the best is not important while brainstorming. Be sure to record all ideas, no matter how silly or absurd. Later on, one of these absurd ideas that you almost didn’t write down may lead to the best idea yet.

3. Alternate between group and individual brainstorming

Brainstorming is, by design a group process. However, groups tend to lead to conformity of thought among its members. So it is good for staff to break away from groups once in a while and work individually. That way, each individual staff member has time to come up with and analyze ideas from their own perspective, without influence from the group. The group can then reconvene and share their individual ideas. Then, staff can again go back to working individually, analyzing the ideas from the previous group session and expounding on them, preparing for the next group session. This cycle can continue until a good idea is found.

If there’s still no ideas flowing after the staff tries a brainstorming session, allowing ideas to be submitted anonymously and then discussed in a group is a good way to get things going. Studies show that allowing people to submit ideas anonymously leads to more ideas than asking people to voice their ideas in a group setting.

At first, the group should be practicing lateral thinking. Lateral thinking is concerned with creativity and thought generation, not necessarily what is right or wrong. Allow one idea to lead to another, regardless of its reasonableness. This approach combines creative and critical thinking much better than a vertical, “look for the one single correct answer” approach.

There are many types of brain maps and other organizational charts that let you track all your ideas. Tools such as ThinkGraph or Visio can really help a brainstorming session. Although you don’t need software tools such as these for a brainstorming session to succeed, you should have some plan for recording and tracking ideas, something more than simply writing the ideas down on paper in an unorganized manner.

Being creative is exhausting! You wouldn’t expect a star athlete to perform at the top of their game with no rest, same as you can’t expect people to be at their creative peak without rest. Short, frequent brainstorming sessions are going to be more productive than long, drawn out sessions.

8. Get out of the office

The office may be the creative block that is standing in the way of a good brainstorming session. Organize a trip to a trade show or conference for the staff. Make time for a change of scenery to stimulate ideas and offer inspiration.

Sometimes, being too connected to an idea makes it difficult to look at it in a new way. So inject new perspectives into brainstorming groups. For instance, invite the salesman or finance team to a product brainstorming session. You may get ideas you never would have from the engineers.

All too often, a group discussion ends up being led by one or two individuals while others watch passively. Avoid this by encouraging the people watching passively to participate while asking the individuals leading conversation to leave room for everyone to participate.

Ideas flow more freely when people are enjoying themselves. So make sure your brainstorming sessions are fun. Make sure to laugh a little, just be cautious not to do so in a way that may make someone feel uncomfortable about voicing an idea. Work to get people excited about being involved. This is a guest article contributed by Tom Walker who writes and is a product reviewer for CartridgeSave.co.uk, offering the best printer ink cartridges. Photo Credit: B Rosen