Learning Curves, Growing Pains, and Plateaus: Can you Accept Your Fate? 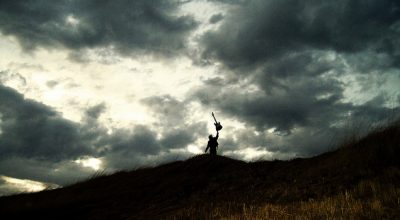 “WE ARE EITHER PROGRESSING OR RETROGRADING ALL THE WHILE; THERE IS NO SUCH THING AS REMAINING STATIONARY IN THIS LIFE.” – JAMES FREEMAN CLARKE

When people think of growth they often think of gaining something or expanding. This is often true, but growth and change can also be very subtle. Just because there is no apparent change doesn’t mean we aren’t growing. Think of human development for example. As an infant you go through immense growth in a short period of time, then in childhood, development becomes much more gradual. You slowly development into a teenager, and eventually hit puberty. We all remember that period of growth – a confusing and awkward time of drastic growth mentally and physically. Infancy and adolescents are the developmental periods where growth is exponential. Beyond that, growth is a very gradual process. Once we hit adulthood, our development and growth levels out and we may not see any significant developmental changes for the next 30 years. We don’t have any more growth spurts and development levels out for a while. Just because there is no apparent changes doesn’t mean we aren’t growing however. You know a lot can happen in 30 years depending on the daily choices we make. We can see this plateau effect in many areas of life. We work passionately toward our goals, only to hit a point where growth and progress become illusive. We reach a plateau and get stuck. We assume that growth should have no more growing pains or that things should manifest more quickly. And it’s at this point where we decide to either learn what we need to learn so we can try again, or to avoid the growing pains and give up. This is how growth and development works. Whether we want to run a marathon, improve our intelligence, or play an instrument, we have to train and practice to continually get better. I like to call this concept the Plateaus and Mountains Principle. It is one of the Becoming Unstoppable [Sorry, course is no longer available!]  principles to help you build mental toughness (aka resiliency). This idea is nothing new of course. Numerous authors such as Malcolm Gladwell’s and Matthew Syed have discussed how expertise is built over time. (Click to tweet this quote)

As well, Psychologist Carol Dweck’s book Mindset explores how our state of mind regarding these plateaus in life influences whether we will give-up or not. So when it comes down to it, accepting the learning curve as you progress and take on new roles and responsibilities can help you maintain a growth-mindset versus a fixed-mindset. Just because something is difficult or doesn’t come naturally to us, doesn’t mean we aren’t able to learn, right. Instead of believing that our skills, talents, and attitude are a fixed trait, recognize that you can learn more, practice harder, and develop in any area of life. (click to  tweet) A baby learning to walk doesn’t question whether they will be able to. The baby falls and gets up because they are driven by a deep urge to make it happen.  Be patient on your journey and be willing to accept the growing pains along the way.