How to Eliminate Unnecessary Drama from Your Life 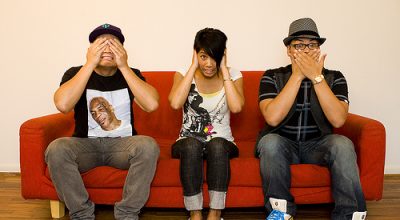 When you stop expecting people to be perfect, you can like them for who they are.” – Donald Miller

Do you know someone who is always gossiping and looking for drama? Tons of people thrive on drama. I see it all the time in coaching and therapy. People live in their own little soap opera where drama is the main plot line. Some drama is normal of course, but I’m talking about the person who can’t go without it. The so called drama kings or drama queens. They are so used to drama they don’t realize there is another way. They don’t realize that drama doesn’t have to be a part of our life. I try to emphasize this choice to clients. You don’t have to get trapped in a drama triangle, even if someone is trying to pull you into their soap opera. I believe drama is one of the most unnecessary and unproductive patterns we can have in a relationship. Why is drama so bad? It’s simply exhausting and mentally limiting. It either leaves you feeling like a jerk or a helpless victim. Neither of which help you solve any problems or improve your life. (Learn more about the drama triangle here.) Simply put, when we have drama in our life is leaves us feeling cynical and drained of energy. It saps our ability to respond to life with creativity and playfulness. I’m sure there are difficult people in some area of your life. Maybe it’s a co-worker or boss, a romantic partner, or a friend that seems to be a magnet to drama, and hey, maybe it’s you. Regardless, next time you notice drama unfolding here are few ways to avoid getting stuck in a drama triangle.

Have you ever noticed how often the precious ego tends to take things personally? Most of us feel like the world revolves around us. Really though, almost nothing is personal unless we decide to make it that way. We make things personal. In the book The Four Agreements by Miguel Ruiz he sums this up perfectly by saying, “Nothing others do is because of you. What others say and do is a projection of their own reality, their own dream. When you are immune to the opinions and actions of others, you won’t be the victim of needless suffering.”  When we stop making ourselves so important, we stop taking things so personal.

Let’s face it gossip doesn’t go away after middle-school. People still bitch and complain about other people and their circumstances. People continue to be entertained and sucked in by the drama around them. Most people have a gossiping partner. This is a good place to start making changes. If you know someone who thrives on gossip stop feeding it and start calling them out.

Be aware when you’re speaking about someone negatively or when you’re around gossip. Stop yourself right then and there and decide to focus on something more positive.

You are in charge of your feelings

Have you ever know someone who makes you responsible for how they feel? If so, don’t get sucked into this dramatic black hole! For many people we give in to other peoples’ negativity because we want approval. We want to please them so we end up carrying their emotional baggage for them. When we blame our emotions on someone else, or allow someone to blame us, we lose our personal power. You are not responsible for someone else’s feelings and they aren’t responsible for yours. The only person you have control over is yourself.

“I am lord of myself, accountable to none.” – Benjamin Franklin

Focus on what you want to create

If you’re feeling powerless and like you don’t have control of your circumstances you’re in the role of a victim. When we’re in this victim role we usually end up feeling discouraged and defeated. We are reactive and live life like a pinball getting flicked around by others. Instead of giving your power to someone else, decide what you want to create. How do you want things to be? Express yourself assertively and don’t allow your circumstances or another person to dictate how your life unfolds in the long run. What this all comes down to is taking the high-road. This means not letting people control your emotions and learning to respond to drama instead of reacting to it. Practice being the “bigger person” by not getting wrapped up in someone else’s problems, and learn to let go when you feel offended. What do you think? How do you deal with drama? Is drama always bad, or is it necessary at times?