How to Be a Champion in the Game of Life 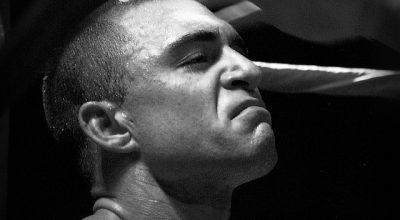 I remember getting trophies and medals for sports I played when I was a young kid. Frankly, my teams never got first place, but we still were given a trophy for our effort. It felt great to get a trophy even though we weren’t the true “champion.” Too bad society isn’t so considerate of our self-esteem. As we go through life reaching for our dreams, there won’t be someone giving us recognition and handing out trophies after our loses. That’s because when it comes to being a champion in the game of life it’s not about being the best of the best, first place winner, who defeated all of their opponents to reach the top and get a trophy. (As much as getting a trophy is awesome!) We can view the Kansas Chiefs as an example of champions in the nontraditional sense. I’ve been a Kansas City Chiefs fan my entire life, and it’s always disappointing when your team’s season comes to an end. The NFL playoffs are approaching and the Chiefs won’t be a part of it. They won’t be the champions and most likely no one will remember the Chiefs as winners this season. Though when we view their season as a whole, they had some great accomplishments and overcame much adversity. They defeated the unbeaten Green Bay Packers in week 14, and for most of the season were competing without 3 pro-bowl players who were injured. This is how life works; there are highs and lows in each season. Regardless, a champion always strives to be better, to put in hard work and dedication, and to learn from mistakes. Life is not a strict competition where someone will always come out on top. When it comes to the game of life we can all be winners and live like a champion each and every day. The only competition we have is to simply be better than we were yesterday. To constantly improve and become the best we can be. So how can you get in touch with your inner-champion?

The road to your championship

First off recognize that it doesn’t matter whether you’re a rookie or a veteran. There are many rookies who quickly turn into champions and there are many veterans who finally get their big opportunity. Wherever you want to get to in life will require you live like a champion on a day to day basis by seeking continued growth, striving for improvement, and moving beyond your comfort zone. This is why a champion wins. They don’t hold themselves back or expect something for nothing. They have patience and can visualize their victory through thick and thin. They are willing to strive for greatness in everything they do; even the little things. Being a champion then is a calculated achievement. A champion practices, plans, and prepares for the big moment. We all have an inner-champion, but sometimes we struggle to persevere and break through the challenges that emerge.

“Man cannot discover new oceans unless he has the courage to lose sight of the shore.” – Andre Gid

We become consumed with worry about uncertainty and fear of failure. Recognize that you are a champion in your craft. There are champions in every game of life; it’s just a matter of finding your position.

Discover the game you’re passionate about

“Take the feeling of hunger out of your gut, and you’re no longer a champion.” – Burt Lancaster

A champion plays the game for love of it. They got started playing because they were excited by all the facets of the game. They desired to learn as much as they could, surround themselves with talent, and become a pro. What facet of your life demands your most passionate attention? What are your life’s ministry and mission? Find a cause and follow it. A champion with a great cause is the realization of a dream. A champion has an obligation and primary commitment to follow their cause. We all have this purpose and calling within us. Discovering this is the key to developing the passion and commitment of a champion.

A champion will never forfeit

A champion doesn’t give-up and they don’t let adversity shatter their confidence. The media has taken Tim Tebow to celebrity status by exemplifying him as this optimistic and hopefully leader. No matter what the circumstances he still believes in victory and has the heart of a champion. This doesn’t mean a champion never fails on the way to victory, (Tebow and the Broncos will most likely lose to the Steelers) but they have a strong belief in their ability and a faith that strengthens their resolve. A champion’s positive outlook comes from their ability to bounce back from struggles. They are like a palm tree in the middle of a hurricane. No matter how strong the winds they may bend but they don’t break. Here are some traits that can help you build greater resiliency as you play the game of life.

The capability to assist and score

“A champion owes everybody something. He can never pay back for all the help he got, for making him an idol.”  – Jack Dempsey

A true champion is always more than a one man show. There is always someone in their corner encouraging and coaching them on to the next level. As well, a champion is versatile in their capability and role. They will take responsibility to make sure things get done successfully though they also are capable of rallying their team around a cause. It took me a long time to realize that the people I surround myself with have a major impact on my thinking, attitude, and behavior. Consider how you can make others around you better, and consider who you can connect with to give you a competitive advantage. You are capable of achieving and accomplishing so much more than you realize. Don’t be afraid to reach for your dreams and expand your belief about what is possible. Start by simply doing something each day to get you closer to where you want to be. Small steps will compound over time, and you progressively experience greater confidence, resilience, and courage. Photo credit: Eric Langley