Top 25 Most Inspiring Quotes about Responding to Failure 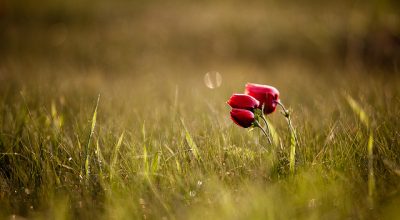 Failure is a part of life, a part many people have a hard time accepting. It is hard to accept that we might put our heart and soul into something only to see it dissolve. But, when we are able to accept that failure is a part of life, and that failure isn’t bad or wrong, we can keep a winning attitude around failure. We can start to use failure as a teacher to help us reach an elevated level of living. Think about it, it is often through the most challenging circumstances where people experience real transformation. It is during a recession where new innovation occurs, and after major life changes where people find previously unseen opportunities. When life throws a curve ball, swinging the bat is the only way to hit the ball. So here is a list of 25 quotes to help you overcome obstacles, respond to failure, and keep reaching toward your potential. 1. “Nothing in this world can take the place of persistence. Talent will not: nothing is more common than unsuccessful men with talent. Genius will not; unrewarded genius is almost a proverb. Education will not: the world is full of educated derelicts. Persistence and determination alone are omnipotent.” – Calvin Coolidge 2. “I can accept failure, everyone fails at something. But I can’t accept not trying.” – Michael Jordan

3. “You can never cross the ocean until you have the courage to lose sight of the shore.” – Christopher Columbus

4. “There is only one way to avoid criticism: do nothing, say nothing, and be nothing.” – Aristotle 5. “Many of life’s failures are people who did not realize how close they were to success when they gave up.” – Thomas A. Edison 6. “Success represents the 1% of your work which results from the 99% that is called failure.” – Soichiro Honda 7. “You build on failure. You use it as a stepping sone. Close the door on the past. You don’t try to forget the mistakes, but you don’t dwell on it. You don’t let it have any of your energy, or any of your time, or any of your space.” ― Johnny Cash 8. “Failure is not fatal, but failure to change might be.” – John Wooden 9. “Fall seven times and stand up eight.” – Japanese Proverb 10. “When everything seems to be going against you, remember that the airplane takes off against the wind, not with it.” – Henry Ford

11. “Challenges are what make life interesting and overcoming them is what makes life meaningful.” – Joshua J. Marine

12. “If you’re not failing every now and again, it’s a sign you’re not doing anything very innovative.” – Woody Allen 13. “Failure is a detour, not a dead-end street.” – Zig Ziglar 14. “A failure is not always a mistake, it may simply be the best one can do under the circumstances. The real mistake is to stop trying.” – B. F. Skinner 15. “Do not be embarrassed by your failures, learn from them and start again.” – Richard Branson

16. “Compared with what we ought to be, we are only half awake. Our fires are damped, our drafts are checked. We are making use of only a small part of our possible mental and physical resources.” – William James

17. “There is only one thing that makes a dream impossible to achieve: the fear of failure.” ― Paulo Coelho 18. “Success is stumbling from failure to failure with no loss of enthusiasm.” ― Winston Churchill 19. “It is hard to fail, but it is worse never to have tried to succeed.” ― Theodore Roosevelt

20. “A thinker sees his own actions as experiments and questions–as attempts to find out something. Success and failure are for him answers above all.” ― Friedrich Nietzsche

21.  “The only real mistake is the one from which we learn nothing.” ― Henry Ford 22. “If you’re not prepared to be wrong, you’ll never come up with anything original.” ― Ken Robinson 23. “Only those who dare to fail greatly can ever achieve greatly.” ― Robert F. Kennedy

24. “Negative results are just what I want. They’re just as valuable to me as positive results. I can never find the thing that does the job best until I find the ones that don’t.” ― Thomas A. Edison

25. “You always pass failure on your way to success.” – Mickey Rooney What do you think? Which quote do you connect with most? Leave your thoughts below. Here’s to failing forward!