4 Points You Need To Know About Depression 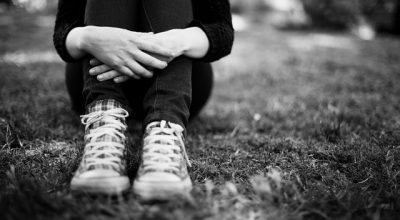 Editor’s note: This is a guest post by Stuart Mills of the site Limitless Believing.

Depression is one of the most prominent mental diseases known to us today, yet there are still many misconceptions about it. There are some who believe that depression doesn’t really exist – they think that anyone who ‘acts’ depressed should just pull themselves together and get on with their lives.

There are also some who treat depression seriously – so seriously that they constantly control their environment to avoid anything that may make them feel depressed, even in the slightest way. And in between these two extremes, there are many stances on a topic that has divided not just common opinion, but professional opinion too.

So what can we establish about depression? What is there that we know, that we can agree on as fact?

I’ve identified four points about depression that I honestly believe are ‘true’ – they apply to anybody who suffers from depression, regardless of their own background or environment. I list these to try and provide some clarity on such a murky area.

Depression Can Not Be Cured By Medication

There’s a common misconception held by the majority of people that depression can be ‘cured’ by medication, particularly anti-depressants. I say this is a ‘misconception’ because there is much more to depression than just medical concerns. Yes medications help many people, but it is not necessarily a long-term cure.

However, a standard medical doctor is not qualified to cure ‘mental’ issues – that’s what counselors and therapists are for. Instead, the doctor can only provide medicine or some form of prescription to take, or recommend further medical assistance if required.

Depression Originates From The Individual’s Thinking

Depression begins with a thought process. When someone experiences a negative situation, such as redundancy from work, then their thinking will be of a negative quality. They might berate themselves for any mistakes they made at work that may have led to their redundancy, they may scorn their employers for getting rid of them, or they may hate their colleagues who survived the redundancy instead of them.

Each individual will have a different thought process when faced with negative situations, and it’s this thinking that could potentially lead to depression. If an individual’s thinking becomes exhausting to the point where they’re struggling to think of anything else but the negative thoughts, then depression could set in. Such is the potency of negative thoughts and beliefs that the individual may start to lose a sense of reality, and feel that hope is abandoning them. Once this happens, depression is the result.

Depression Usually Comes About Through A Reaction

When someone becomes depressed, it isn’t down to an external event such as a breakdown of marriage or a loss of job. Instead, depression comes about through the individual’s reaction to this external event. To illustrate, let’s take two individuals as examples:

The key difference between Mark and Fiona were their reactions to the prospect of divorce – Mark fell apart whilst Fiona carried on. From this, it’s likely that Mark will suffer from depression whereas Fiona won’t. Fiona knew that a possible divorce would only get her down if she let it, and so she carried on.

Mark believed that his marriage determined his happiness, and so he reacted to the prospect in the worst possible way. As a result, Mark is likely to become depressed whereas Fiona isn’t.

Depression Is A Limiting Belief

Although depression has gained association with ‘mental disorders’ and ‘mental illnesses’, I believe that at its core, it’s a limiting belief. Limiting beliefs are beliefs about ourselves that limit us in some way – they could be to do with any part of our lives, and they could affect us to any degree.

However, not all of us are depressed, so it stands to reason that depression could be connected to severe limiting beliefs. We can break our limiting beliefs and turn them into empowering beliefs, by changing the way we view them and other beliefs surrounding it. Depression works in the same way – in order to cure ourselves of depression, we must change the way we look at that which we’re depressed about.

Medication and hollow positive talk won’t achieve this – we must look at our own specific case of depression, be nonjudgmental and mindful, and then work to change our circumstances. Depression limits us, but only because we let it limit us.