Dream Chaser Lesson Two: You Get What You Need, Not What You Want 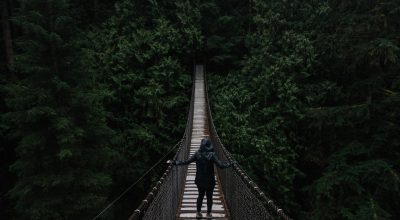 A failure is not always a mistake, it may simply be the best one can do under the circumstances. The real mistake is to stop trying. – B. F. Skinner

Three years ago my band Yes You Are played a festival in Provo, Utah. It was a small festival hosted by the local community college with only two stages. It was no Lollapalooza or Coachella, which was a good thing, because it didn’t go so well on my end.

There was a backline kit that each drummer on the small stage played. A backline kit means that due to time constraints, instead of using my own drums, I played on a drum kit that was already set up and provided by the festival.

I don’t remember what type of kit it was but I do remember it was on a rickety platform and had quit a bit of wear and tear. Sometimes you have to make the most out of what you get, so I didn’t think much about it.

What occurred after we started playing was exactly what I didn’t want to happen. About 30 seconds into the first song of our set, the floor tom collapsed on my leg and the drum platform was shaking below me like an earthquake.

As I was juggling the floor tom on my leg like a circus clown, I dropped my sticks. Then I dropped my sticks again, and again. Literally three times in one song. The trifecta of clumsy failure for a drummer. I stumbled through the song feeling like a toddler without their sea legs.

I was embarrassed and completely discouraged about how poorly I performed. After the set I started to dwell on the mistakes, have a bad attitude, and play the victim. (Cue whiny crybaby voice – “If I only I could’ve used my own drum kit! Then that wouldn’t have happened!”)

Fortunately though, after a pep talk from our vocalist (whom was much more experience than me), I shook it off, decided to learn from it, and to do what I could to be more prepared in the future.

Like the many other times I’ve messed up and made mistakes, I ultimately knew I needed to experience this adversity.

I didn’t want it, but I needed it to happen.

All the adversity I’ve had in my life, all my troubles and obstacles, have strengthened me….You may not realize it when it happens, but a kick in the teeth may be the best thing in the world for you. – Walt Disney

It helped me learn a valuable lesson. I needed to realized that I could drop my sticks, have the drum set fall apart and still survive the experience. I needed to go through this to be better prepared in the future.

In the moment of failing it’s hard to find the valuable lesson. It feels more like the end of days. After the storm settles though, I’ve found again and again, that I’m better because of the mistakes I make. They require me to grow and evolve into a better version of myself.

We really do need our mistakes. We get what we need. This is because we often aren’t ready for what we want. We may really really want it, but the truth is, if we had it immediately we wouldn’t have the character to sustain it. We would crumble and implode under the pressure and lack of preparation.

Who do you need to become to get what you want?

Success comes from knowing that you did your best to become the best that you are capable of becoming. – John Wooden

Would I want to experience a flop like this again? No, but if it happens I’m more prepared. As a drummer and in most areas of life, when things don’t go smoothly, we need to be adaptable. There are many things that are out of our control in life. For music performance it may technical issues like a drum kit falling apart.

On your dream chaser journey you may have to work harder toward your dreams than you thought, or end up climbing a learning curve that is much steeper than expected. Or like me, you might drop your sticks three times in one song.

A dream chaser has to be flexible, able to perform under different conditions, and to bounce back from mistakes. We have to go through trials and tribulations to help us become stronger, wiser, and perseverant.

I have become more confident and flexible as a result of this failure. These qualities were necessary to deal with other shows where I had to perform under subpar conditions.

Eventually we get what we want, but we have to be prepared and tested so we’re really ready for it.

Now when I get to play at Lollapalooza, I’ll be ready.