The Challenge and Necessity of Committing to Your Dream 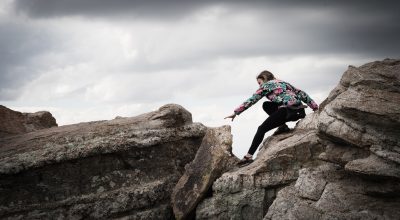 “The quality of a person’s life is in direct proportion to their commitment to excellence, regardless of their chosen field of endeavor.” – Vince Lombardi

It’s been three years since I started my journey to make drumming more than a hobby.

And it’s taken all three years to fully commit to this craft; to own that “I AM” a drummer.

Three years to silence the voices that tells me to “get real” and “get my act together.”

In the end, I stopped listening to that voice because the call to drums and marching to my own beat (pun intended), was much louder.

This shift in priorities isn’t easy to make.

A lack of commitment is what gets in the way for many people. More specifically, it’s the competing commitments, all of the things we “should” be doing, that get in the way of us even starting, let alone persevering.

Here’s how to face the challenge of committing to your dream.

“Unless commitment is made, there are only promises and hopes… but no plans.” – Peter F. Drucker

The first step to take is to just get started.

The only way to be a drummer is…. drum roll…. to play the drums! The only to become writer or an artist of any type is to do the work!

Getting started is the main obstacle for many people. They want to create something new or make a change, but there are too many competing commitments that keep them distracted and stuck in the same cycle.

At some point you have to say NO to the competing commitments, and say YES to what you desire.

You have to make room in your life for new possibilities. You have to set different priorities.

Practicing, playing, and consuming drums became more and more a part of my daily routine as I allowed myself to say “YES!” to drums.

As I said to “NO” to these things the voice of guilt and rationality started to speak up.

“Quit playing around!” “Make something of your life!” “Get serious!”

This is the point where people turn back and give up the dream. The journey ahead seems too daunting. The road seems too long, so instead of committing, we just dabble and play around.

“Anyone can dabble, but once you’ve made that commitment, your blood has that particular thing in it, and it’s very hard for people to stop you.” – Bill Cosby

At some point you have to turn pro!

Turning pro is a term from Steven Pressfield’s book of the same name.

You’re either a pro or an amateur. As Pressfield states, “When we’re living as amateurs, we’re running away from our calling — meaning our work, our destiny, the obligation to become our truest and highest selves.”

If you’re a pro, you do the work, you practice, you fight the resistance and put in the effort on a daily basis.

Even when you aren’t getting paid or seeing the progress you want, you stay dedicated to your craft.

Commitment is the missing link. You have to choose to commit and fully immerse yourself in your craft.

If you’re serious about your dreams, it’s time to turn pro and get committed to what you want to create.

Your craft and true success

I had a deeply conditioned belief that work isn’t supposed to be fun. Fun and responsible are antonyms, right?

I believed work was supposed to be stressful and something you do for necessity until the weekend rolls around.

It makes sense that it took me so long to turn pro and fully commit to my craft.

I had to remove the belief that work can’t be fun – that my vocation can’t feel like play!

Don’t let your conditioned story of success get in the way of what you’re called to do.

Rob Bell points out in How to Be Here, that there is a difference between success and craft.

As Bell puts it, “Craft is when you have a profound sense of gratitude that you even get to do this… Success says, what more can I get? Craft says, Can you believe I get to do this?”

It isn’t only about owning more stuff, or being more “successful.” It’s about the joy, passion, and purpose that comes from your craft.

Whatever your craft is, commit to it!

When you do, you’ll feel more alive. You’ll be more engaged in life and wake-up feeling aligned with a deep purpose.

There will be competing commitments and it will be hard work, but at least you’ll be working hard in service of something that matters to you, something that you love.

If you want to follow your calling you have to choose craft over just external worldly success.

If nothing else, at least you won’t end up saying “If only I would have…”

That is true success.